Nili Haimoff Segal is the granddaughter of Rabbi Simcha Haimoff who was the youngest Rabbi Dayan in Jerusalem at the time.
The Simcha Farm is named after him to continue his legacy and truth.
Rav Simcha Haimoff of blessed memory was born on Sukkot in the year 1900 in Carmina Uzbekistan.
His Bris took place on Simchat Torah and therefore he was named Simcha.
Young Simcha at the age of eleven made pilgrimage to Jerusalem with his aunt and uncle and his cousin Frecha of blessed memory.
Their original plan was to visit Jerusalem and return back however during their stay World War I broke out.
As a result of the war they were not able to return to Carmina. It was destined from above that Simcha and Frecha would marry in Jerusalem.
Frecha fourteen years old and Simcha 16 years old began their life together.
They were blessed with eight beautiful children, four boys and four girls, the last two were twins boy and girl.
one of the children Ari Haimoff, is Nili’s father, she is the founder of the Simcha Farm.
Regretfully Rav Simcha passed away very young, at the age of thirty six on Simchat Torah, leaving Frecha a widow with young children to take care of. Amidst all this pain she stood up tall and continued his legacy with perfection!
We aim  to continue their love and dedication through Simcha Farms to expand joy and blessings onto others. 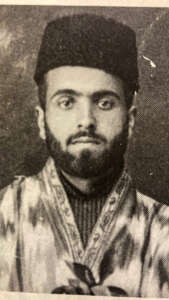